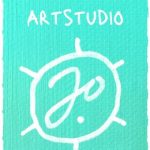 There’s no escaping the rocky patches in life. It’s part of the deal of being alive.
Just like everybody and their grandmother, I have also been hurt from time to time. No major traumas – lucky me ! – but some misfiring neurons and a crappy dopamine transit can really  spoil the party.

But the painful adolescence, burnout and dark depression episodes have taught me something.
Something that can maybe help you too. And it’s this : the shortest way out of hell is right through it !
Even cute hobbits have to travel through the mountain, rather than around it, and face a few monsters lurking in the shadows.

When demons rear their ugly head, it’s so tempting to run away. To seek refuge in things like scrolling on your phone, work, artificial busyness, makin’ whoopee, alcohol… But if you deny your demons this way, you numb out a great chunk of your life. And it doesn’t get you anywhere.

My biggest demon is called something like “You are not enough”. And if I ignore its pain, it makes me do things like hide myself, overachieve, push people away, procrastinate and indulge in emotional eating (bring on the chocolate !). I came really close to my demons, felt their hot breath in my neck. But at some point, I was so exhausted, I had no choice but to stop running. To turn around and look the buggers right in the eyes. And listen to them. Ask them : what are you trying to tell me ? Where are you hurting ?

These demons really want to be seen, that’s why they make such a fuss. What they want, is for you to get still, feel, acknowledge what’s there. Go deep into it, even though it’s scary to the point of almost unbearable. Sit with it. Breathe. Don’t run.
Because then, a strange thing happens.
The feeling gets less intense. It disolves a bit. And then a bit more.
And you realize, damn, these demons are beautiful ! They’re here to help me. I can learn from them how to find more peace with myself. How to be a happier human. It’s such a liberation when you manage to do this. There’s less fear. There’s less of a dark hole that needs to be filled with meaningless shit.

But it’s bloody uncomfortable. Something like meditation can help. To get to understand that you are not your feelings. That feelings are temporary ; they pass by like clouds in the sky. That you don’t have to react to them. Just be there to feel them.
I’m told that endurance sports, like running, also teach you this. To be with the pain, without panicking. To experience that it will pass. That you come out stronger.

I don’t always manage to be this brave. I go without any of this “stay with it” stuff for long stretches of time. Push away the demons. Binge on the chocolates and social media.
But at some point, I go back into the demons’ territory. I get curious. Or I become miserable enough to give in.
OK sweeties, let’s catch up. I’m listening…

One day, as I was painting, a demon worked its way onto the canvas. Not sure how, but I recognized it.
Don’t you think it’s beautiful, if you really look ? It just wants to be cuddled and reassured.
I’m here for you baby ! You are enough…

Hey, thanks for reading my Story !
Would you like to receive a new Story like this in your mailbox every 2 weeks ?
Easy peasy, just fill out the form below and click the button…

This website uses cookies to improve your experience while you navigate through the website. Out of these, the cookies that are categorized as necessary are stored on your browser as they are essential for the working of basic functionalities of the website. We also use third-party cookies that help us analyze and understand how you use this website. These cookies will be stored in your browser only with your consent. You also have the option to opt-out of these cookies. But opting out of some of these cookies may affect your browsing experience.
Necessary Always Enabled
Necessary cookies are absolutely essential for the website to function properly. These cookies ensure basic functionalities and security features of the website, anonymously.
Functional
Functional cookies help to perform certain functionalities like sharing the content of the website on social media platforms, collect feedbacks, and other third-party features.
Performance
Performance cookies are used to understand and analyze the key performance indexes of the website which helps in delivering a better user experience for the visitors.
Analytics
Analytical cookies are used to understand how visitors interact with the website. These cookies help provide information on metrics the number of visitors, bounce rate, traffic source, etc.
Advertisement
Advertisement cookies are used to provide visitors with relevant ads and marketing campaigns. These cookies track visitors across websites and collect information to provide customized ads.
Others
Other uncategorized cookies are those that are being analyzed and have not been classified into a category as yet.
SAVE & ACCEPT